The Battle rages on across the heights.

So the battle rages on across the entire front as the allies, buoyed by the Grand Duke Constantines Imperial Guard reserves arriving on the field, attempt to hold on for dear life.  On the French left flank Van Damme has been hit by growing casualties and the force of his attack on Stare Vinohrady has stalled. The Russian defenders are Alonso holding on for deaf life.
For whatever reason blogger continues to arrange my photos in a random order which makes the glow of the battle difficult to narrate. I’ll get better. 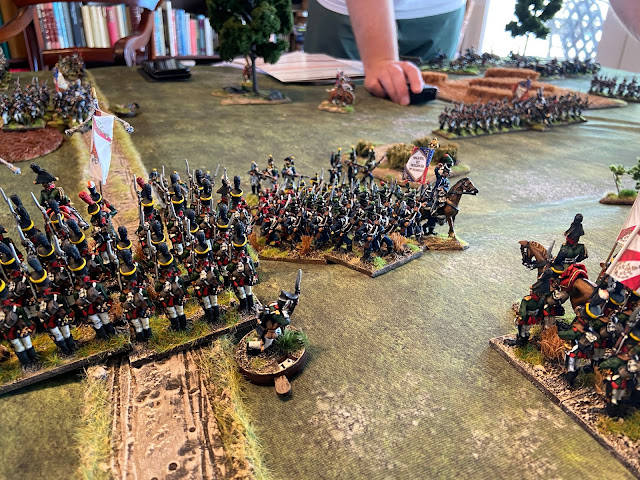 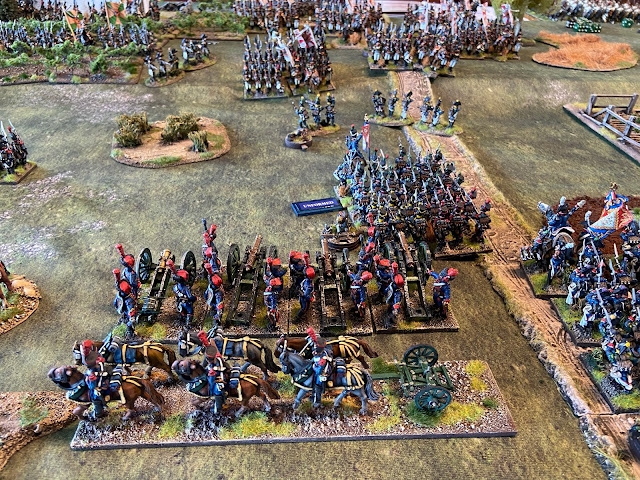 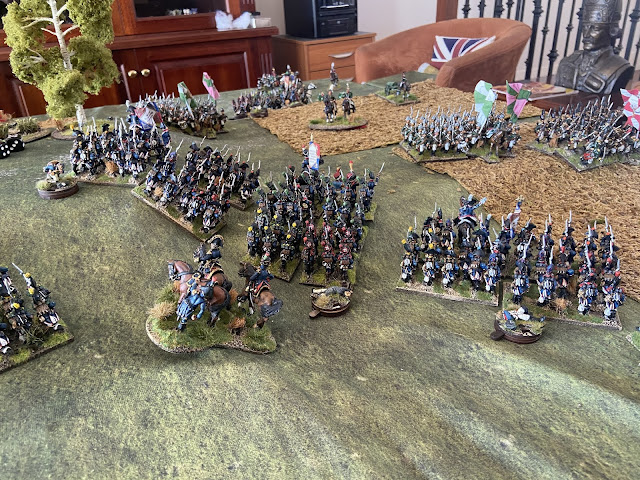 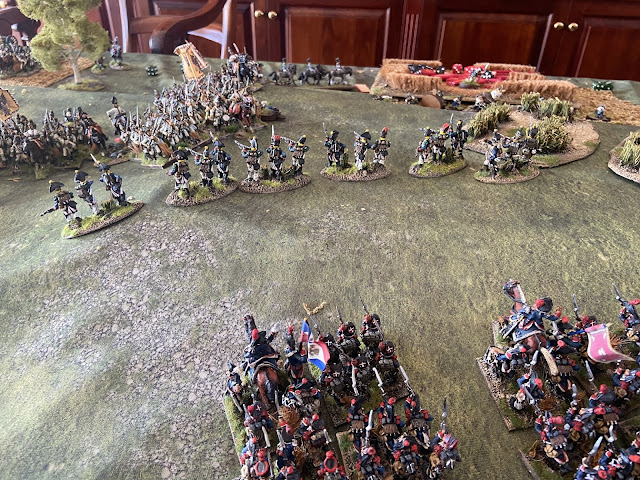 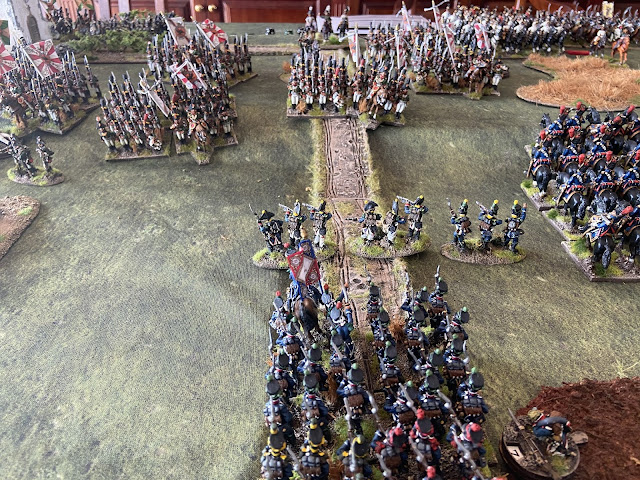 Surely not a French rout! 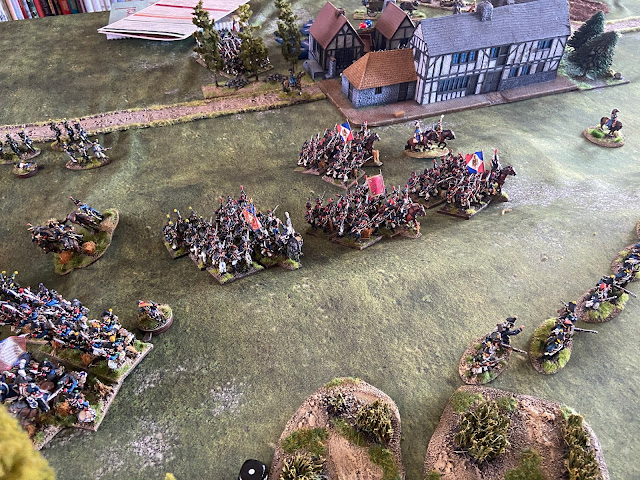 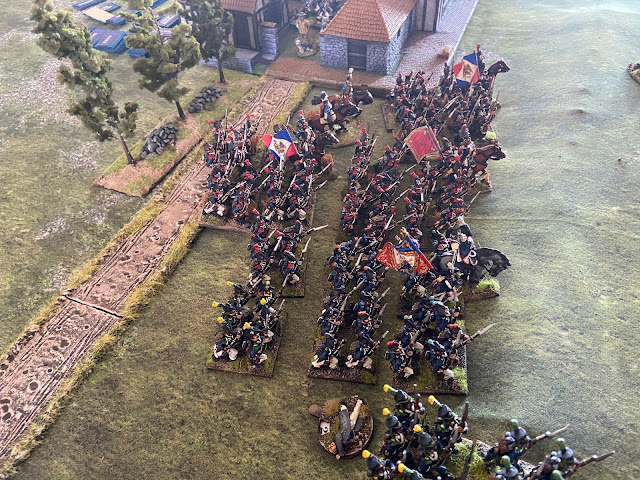 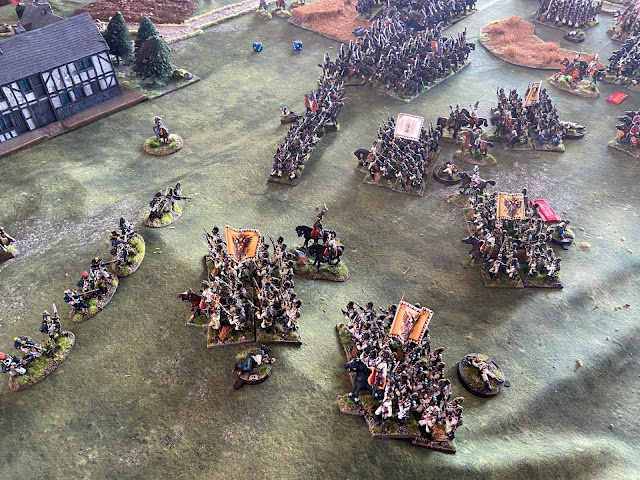 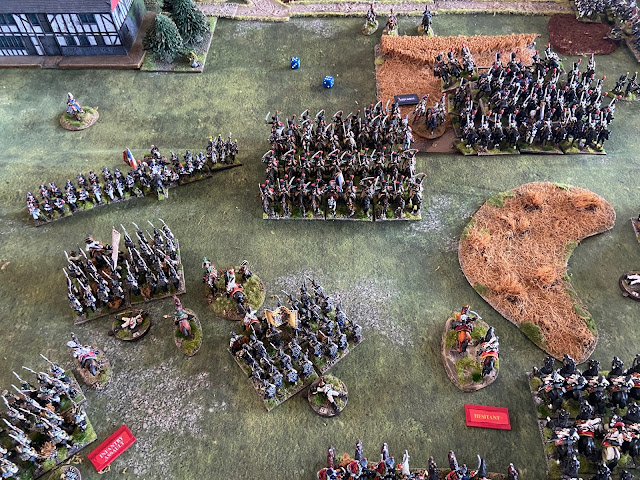 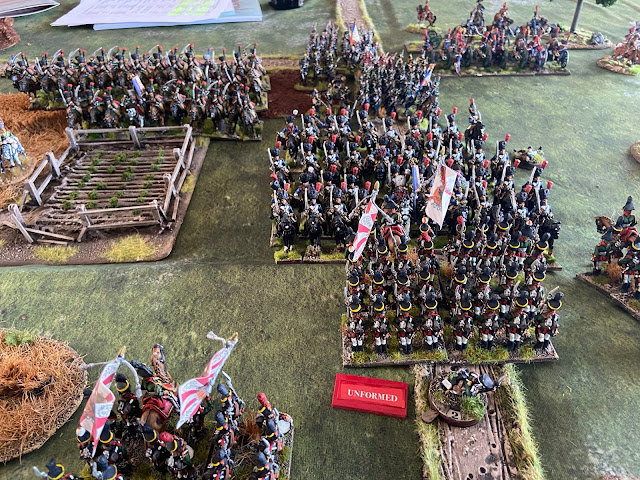 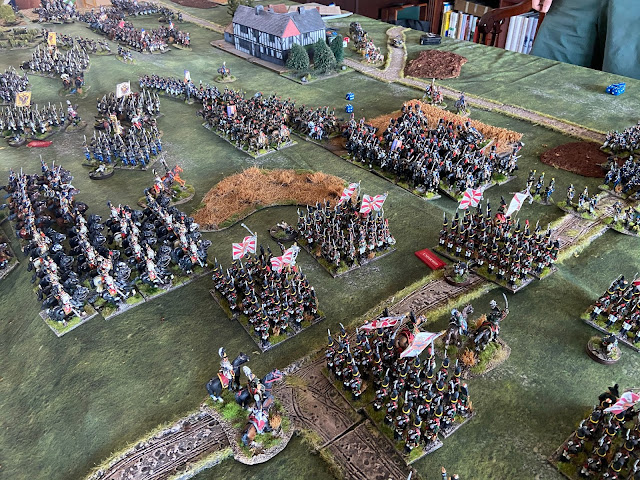 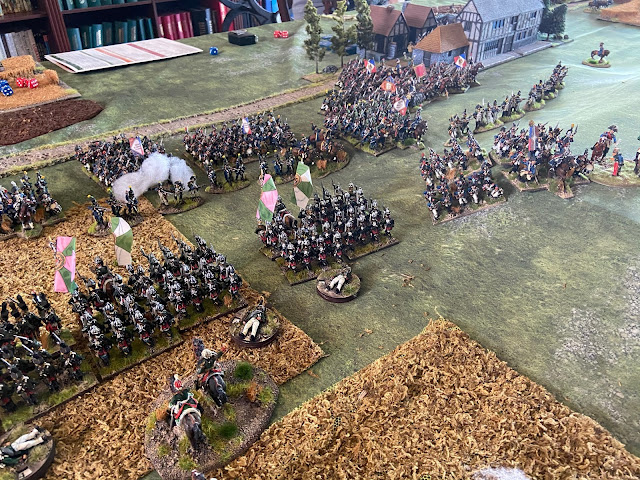 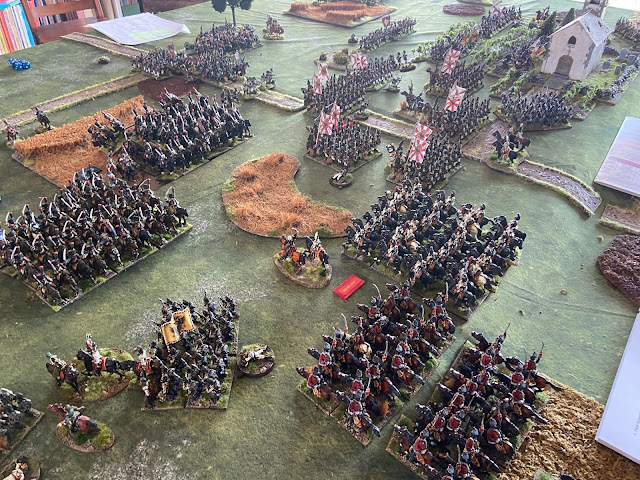 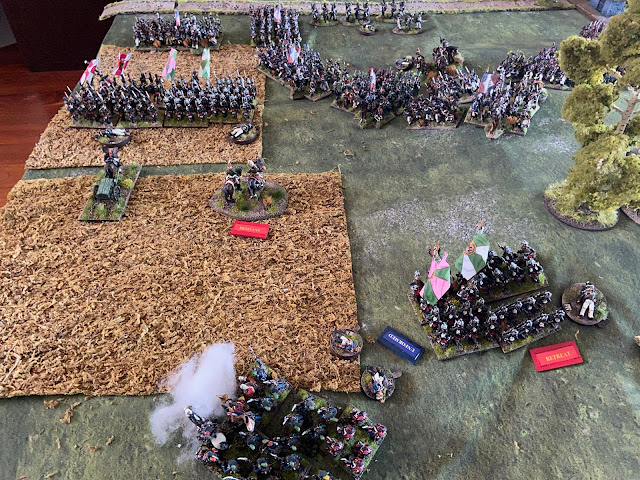 Still a lot of fighting to go and it will be very interesting to see if the Russians and Austrians can hold on.