To the Strongest Raphia 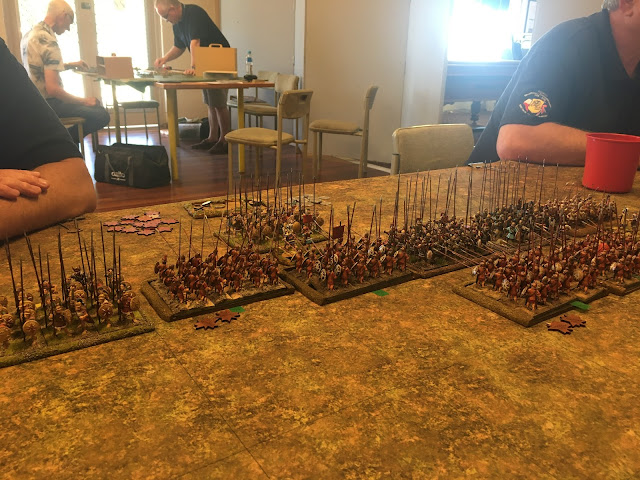 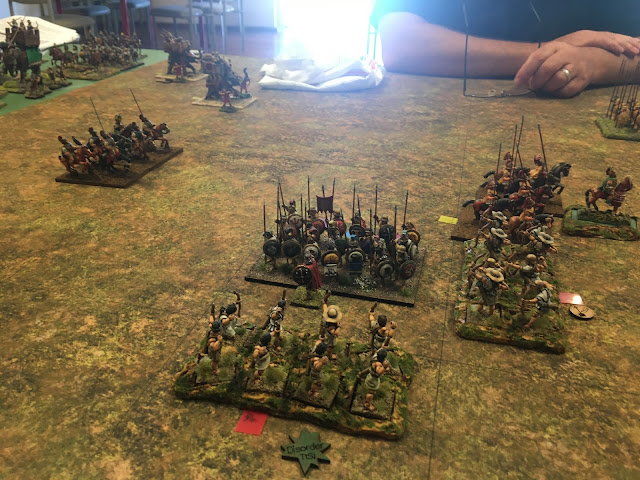 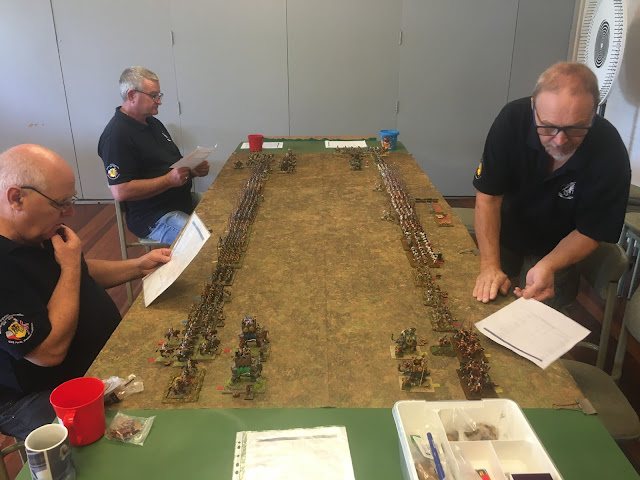 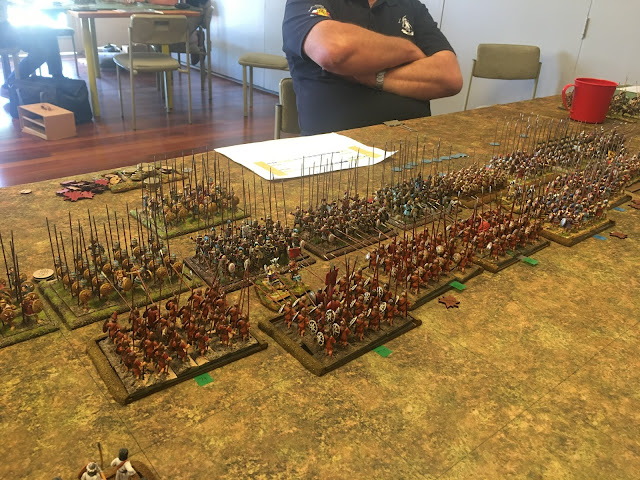 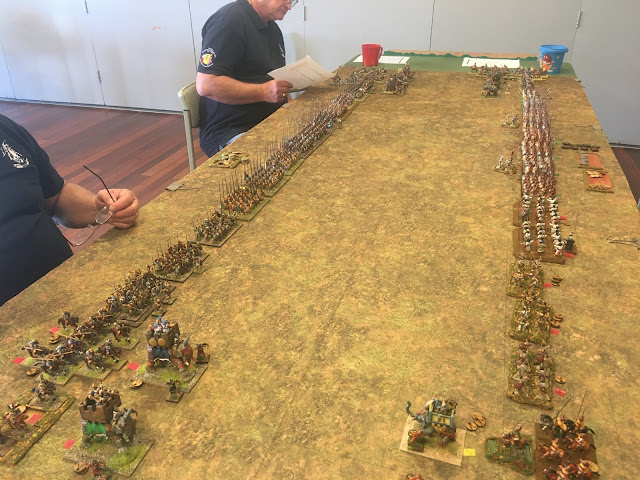 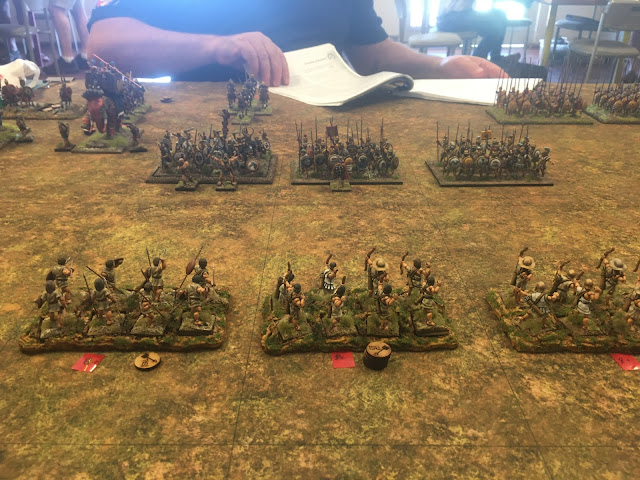 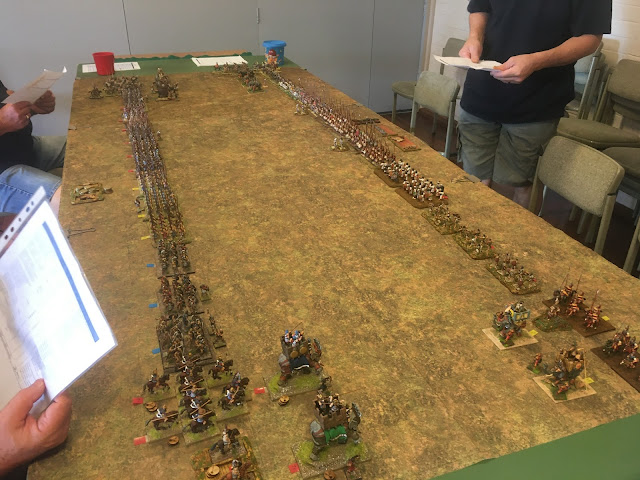 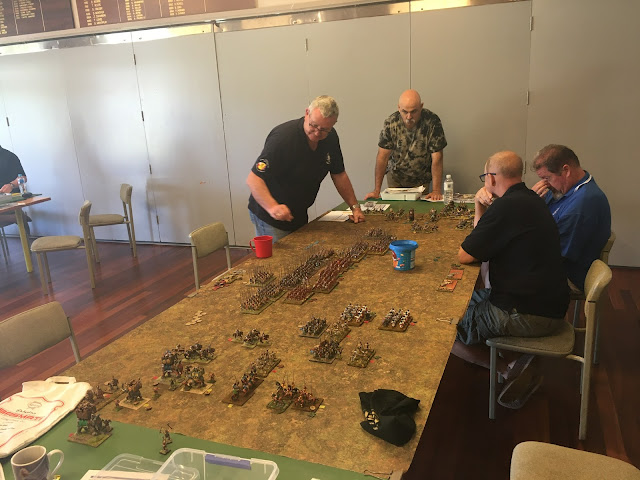 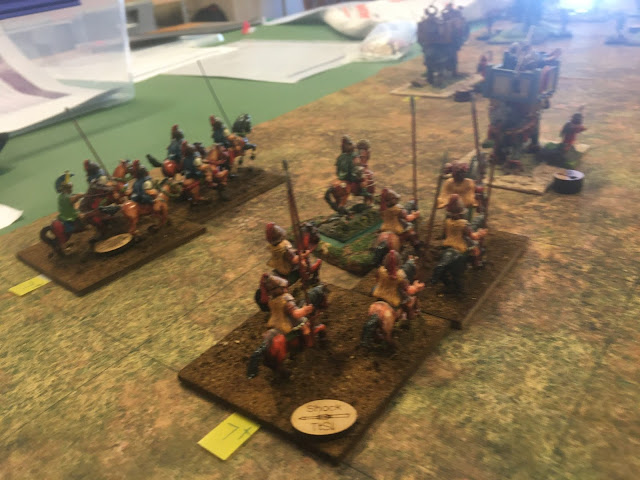 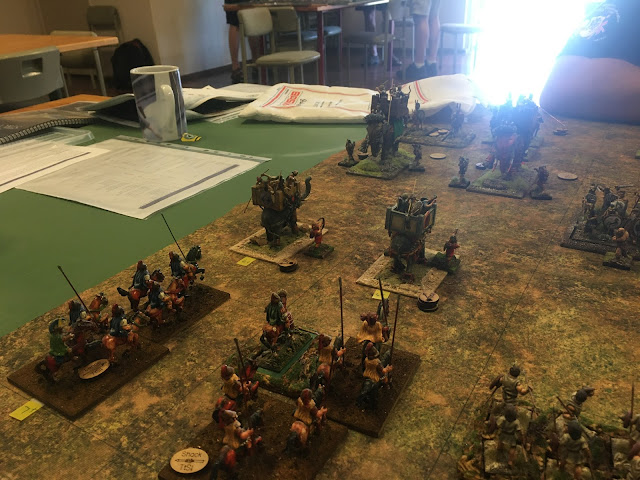 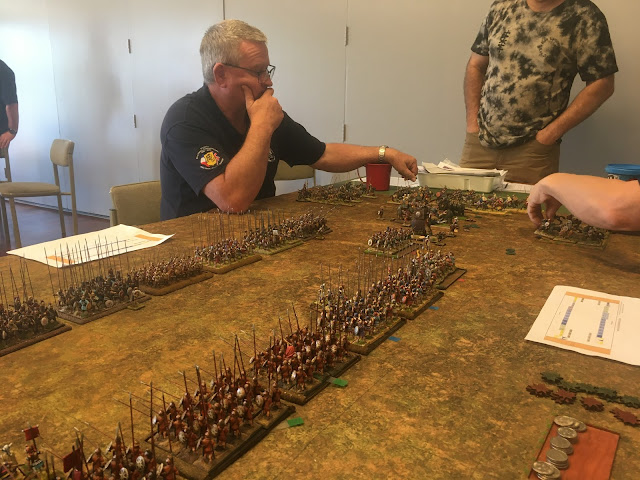 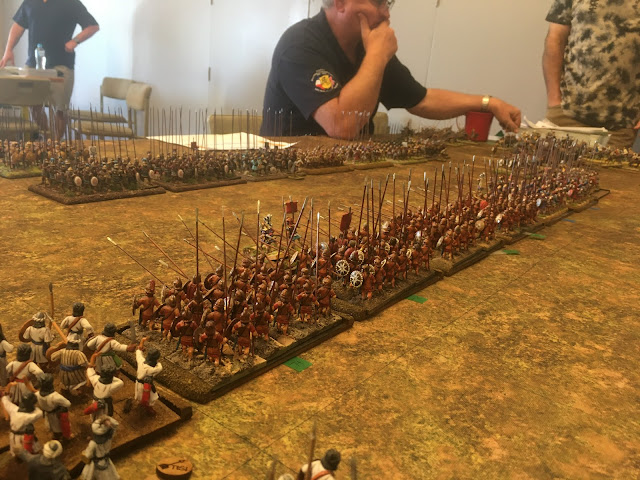 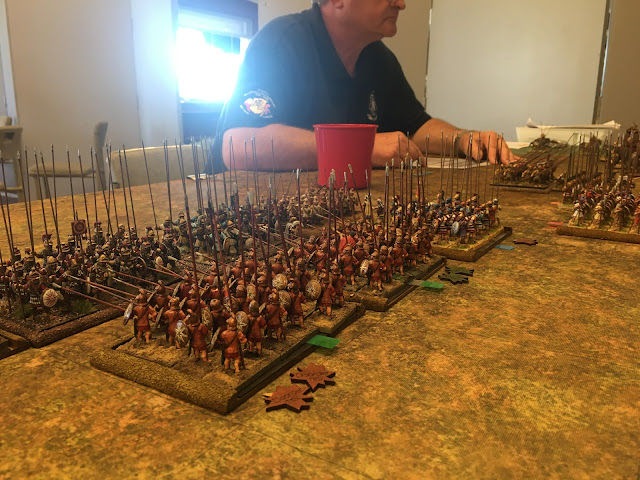 Email ThisBlogThis!Share to TwitterShare to FacebookShare to Pinterest
Labels: Alexander the Great, Ancients, To the Strongest


It was time for a revenge game.

You may recall dear reader that the last time I took on the Mighty Steve with his newly acquired ex-Martin collection of Early Byzantines, I was given a good old fashioned thumping!

It was time for me to stop experimenting with the list and my false sense of tactical ability and play to the strength of the army which is good cavalry and a few Elephants for good measure.

We both made up 130 point lists for our game last night and what was surprising was just how little you get for that in a Persian Army.  Steve asked me on more than one occasion whether I had gotten mixed up in my composition however the TtS OOB Generator is always an accurate measure for Luddites such as myself.

...and there was much rejoicing!

Great game, great bloke to play against and most importantly a lot of laughs.
Posted by Carlo at 20:51 18 comments:


Just a couple of quick shots of an an army that's been sitting dormant for far too long.  Though we originally had plans to use Regimental Fire and Fury for these, we now think we may give Black Powder a run to see how it plays for the period.

Really need to get the boys moving on having a game as we collectively have a LARGE number of painted and based figures.
Posted by Carlo at 01:31 17 comments:

Empires, Eagles and Lions and the artwork of Mike Gilbert

I have posted before on this blog about my genuine affection for the old Napoleonic journal "Empires, Eagles and Lions".  For the uninitiated, it was a small black and white magazine with a manila/buff cover put out by the New Jersey Association of Napoleonic Wargamers...and it was brilliant!

The editorial team and its contributors researched all sorts of obscure topics that were of great interest to wargamers, especially those like myself in far off Western Australia seeking additional uniform details, regimental compositions or accounts of battles, formations and tactics often from primary sources.

One of my favorite aspects of the journal was the genuinely entertaining and magnificent artistic turns of the late Mike Gilbert.  He would draw up nearly every front cover with a snapshot of an article in that months edition, an amusing incident in one of their wargames made immortal in "Friday Night at the Fights"  or the hilarious "Encounters of the most unpleasant kind". 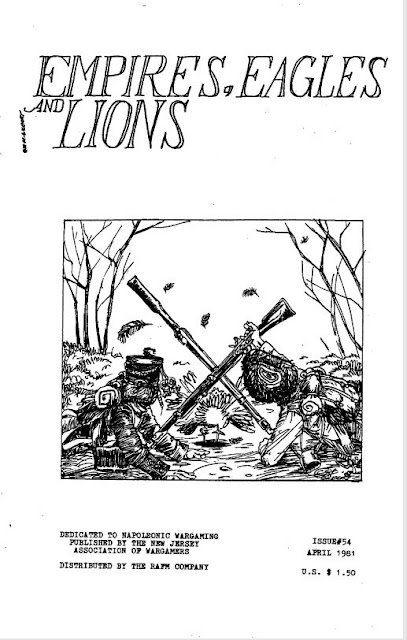 The journal is now well and truly gone however I still flick through my old ones often.  Great memories and a great talent.
Posted by Carlo at 00:58 9 comments:

The Austrians for this project of mine have been slowly being built up in the past few years.  As always, I like to have historical orders of battle complete with regiments in the correct facing and the right uniform.  I know its a bit OCD however I would be reluctant to put out infantry in shako headgear rather than the leather casket for a battle in this 1805-07 era.

I know...pretty expensive decision making process right there let me tell you!

These figures are a combination of my painting as well as Brad Smiths, who I picked a couple of mounted Generals off at Cancon many years ago.  He did a wonderful job on them.

Not far away now from putting down the brush, basing materials and varnish and playing a few games of General D'Armee with all these lads.